Multithumb found errors on this page:


XXII International Ecumenical Conference
of Orthodox Spirituality
BLESSED ARE THE PEACEMAKERS
Bose, 3 - 6 september 2014
in collaboration with the Orthodox Churches 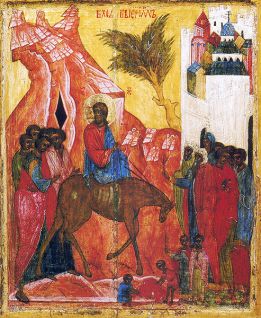 The customary ecumenical gathering that will take place at the Bose monastery on 3–6 September 2014 desires to listen to the Gospel of peace, which asks Christians to be a leaven of reconciliation and of peace among today’s men and women.

The hope of peace announced in Christ is not a utopia extraneous to a world dominated by the logic of power and of conflict, but is an event in history, in every age incarnated in men and women of peace and reconciliation.

As Enzo Bianchi, the prior of Bose and president of the conference’s scientific committee, notes, peace has a theological dimension: it is necessary to discern the roots of violence and to offer the reasons for an authentic education for peace, with hospitality towards the other, in an effort of reconciliation, of pardon.

In over twenty years of uninterrupted activity the International Ecumenical Conference of Orthodox Spirituality has become a point of reference for ecumenical dialogue and the study of the Eastern Christian spiritual tradition, in an ample panorama of intercultural and interreligious dialogue that includes Eastern Europe, Ukraine, Russia, and the Middle East.

The scholarly, cultural, and ecclesiastical exchange among scholars and researchers from all over the world, persons engaged in ecumenism, and representatives of the various confessions intends to examine the reasons for peace through a pluralism of approaches that respects diversity and at the same time is capable of rediscovering in one’s own tradition the reasons for welcoming the other.

The following themes will be treated: what the Scriptures say, liturgical experience, the church fathers on peace, the teaching of the Eastern Christian monastic and spiritual experience, the witness of the martyrs.

Aristotle Papanikolaou (New York) will open the work of the conference with a reflection on a possible Christian anthropology of peace. The Bible scholars Mikhail G. Seleznev (Moscow) and Christos Karakolis (Athens) will examine how the Old and the New Testaments speak of peace. At times the psalms scandalize us by their violence, but it is necessary to interpret them as an invocation of God’s justice, fulfilled in Christ. Peace is a gift of the risen Christ (Jn 20,19–21), he is “our peace” (Eph 2,14). The mystery is celebrated in the Divine Liturgy, epiclesis of peace, to which is devoted the paper of bishop Andrej Čilerdžić (Vienna), delegate of the patriarch of Serbia Irinej. If people work justice and show mercy, peace will inhabit the earth, as the fathers of east and West tirelessly repeat. Their message will be treated in the papers of Porphyrios Georgi (Balamand, Lebanon), Darija Morozova (Kiev), John Behr (New York), Symeon Paschalidis (Thessalonica).

If the fathers emphasize the spiritual aspect of peace rather than its political and social dimension, to think peace remains a challenge for contemporary theology. The tradition of holiness in East and West offers a response to this search as a style of life capable of showing another way of inhabiting the world and imagining a future of peace for mankind torn by economical, social, religious antagonisms. This is what the section on “Testimonies of peace” proposes, introduced by a reflection of Cyril Hovorun (Yale) on how to articulate Christian peace and human reconciliation. The experiences of authentic operators of peace, old and new, monks and laypersons, will be recounted: St Francis of Assisi (Panagiotis Yfantis, Thessalonica), the holy bishop Nerses of Lambron, twelfth century (Adam Makaryan, Etchmiadzin), St Sylvan of Athos (sr Magdalene, Maldon), Nikolaj Nepluev (Natalija Ignatovič, Moscow), patriarch Athenagoras of Constantinople (Athenagoras Peckstadt, metropolitan of Belgium), the Bulgarian priest Stefan Zankov, pioneer of the ecumenical movement (Viktor Mutafov, Sofia), father André Scrima, great witness to dialogue between religions (Anca Manolescu, Bucharest).

Christians in the world are called to be reconciled, to translate the novelty of Christian peace into today’s history. The pressing questions posed by the times in which we live will be dealt with in a panel led by Jim Forest, International Secretary of the Orthodox Peace Fellowship, and in which will take part Amal Dibo (Beirut), Pantelis Kalaitzidis (Volos), Aleksandr Ogorodnikov (Moscow), and Konstantin Sigov (Kiev).

The concluding day of the conference, with the talks of John Chryssavgis (Boston) and the metropolitan of Dioklea Kallistos Ware (Oxford), will seek to offer concrete indications. Peace is not only an interior event, but implicates the custody of all creation and action and commitment in the world. The conclusions of the conference will be given by Michel van Parys, abbot of the Abbey of Saint Nilus, Grottaferrata. “Who will teach us the beauty of peace?” asked Basil the Great, and he answered: “The Artisan of peace himself, who has established peace with the blood of his cross poised between heaven and earth”. To become artisan of peace means to exercise oneself in seeing the beauty of peace and living it, to find its power of attraction and to spread the hope of peace in the world.

The presence of delegates of the Churches at the conference is particularly ample. The delegate of patriarch Bartholomeos I of Constantinople is metropolitan Athenagoras of Belgium, while archimandrite Athenagoras Fasiolo will represent the metropolitan of Italy Gennadios. The delegation of the patriarchate of Moscow is headed by bishop Kliment of Krasnoslobodsk and includes igumen Arsenij (Sokolov) and father Aleksej Dikarev; taking part will also be archbishop Zosima of Vladikavkaz. The Orthodox Church of Ukraine is represented by bishop Ilarij of Makariv, vicar of Kiev, bishop Filaret of Lviv, archimandrite Filaret (Egorov), and hieromonks Leontij (Tupkalo) and Dosifej (Mikhailiuk). Bishop Stefan of Homel and father Nikolaj Bolokhovskij will represent the Orthodox Church of Belarus; bishop Andrej Čilerdžić (Vienna) the Serbian Orthodox Church, metropolitan Serafim of Germany and father Atanasie Rusnac the Romanian Orthodox Church, metropolitans Dometian of Vidin and Antonij (Mihalev) of Western Europe the Bulgarian Orthodox Church. Bishop Gregorios of Mesaorias will be present for the Church of Cyprus and metropolitan Ioannis of Thermopylon for the Church of Greece, bishops Alexander of Toledo and Melchisedek of Pittsburgh for the Orthodox Church of America. The Patriarchate of Antioch will be represented by father Porphyrios (Giorgi), the Armenian Apostolic Church by father Adam Makaryan, the Church of England by bishop Jonathan Goodall of Ebbsfleet.

For the Catholic Church there will be present: archbishop Antonio Mennini, apostolic nuncio in the United kingdom, bishops Gabriel Mana of Biella, Marco Arnolfo of Vercelli, Luigi Bettazzi, retired bishop of Ivrea, Pier Giorgio Debernardi of Pinerolo, Alberto Silvani of Volterra, and the delegate of the Pontifical Council for Promoting Christian Unity Fr. Hyacinthe Destivelle.

Michel Nseir will represent the World Council of Churches.

There will be a significant presence of monks and nuns from East and West.

Christian faith enters into the history of men and women, unveils the sense of the passage of time, transmits a hope that traverses the chain of generations. To discern this totality of sense in the passage from one phase to another in life means learning to live today, to assume the responsibility of adult age for projecting a new future.