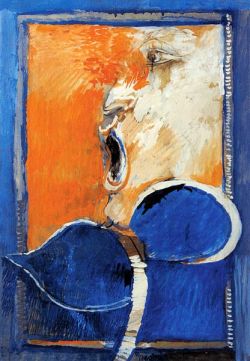 One of the facts that strikes readers of the Gospels is the number of people with physical or mental illnesses ('unclean spirits') Jesus met during his historical ministry. We can imagine that his encounters with these men and women disfigured by suffering must have left their mark on Jesus' own humanity, in terms of his compassion and attentiveness to those in need. Jesus describes his own mission with the words, "Those who are well do not need a physician, but the sick do. I did not come to call the righteous but sinners" (Mark 2:17). These words have a theological dimension - Jesus' healings show the Gospel 'in action' and are revelations of the kingdom of God and a prophecy of the time when "No one will say, 'I am sick'" (Isaiah 33:24). How does illness appear in the light of Scripture? It is essentially a reality in which the person who is ill is called to listen again, to reflect, and to come to a new understanding of his or her condition and of history itself. Illness is a new point of view from which to look at reality. We see this in the book of Job, a classic example of the experience of illness in Scripture. Illness 'unveils' our view of reality by laying it bare, stripping it of all embellishments and mystifications, revealing it in its rawness and, through this process, leading it back to truth. Illness reminds us that we have no power over life, that life is not directly available to us, and that suffering is the fundamental question life places before us. Certainly, the ways we respond to illness are numerous, extremely varied, and impossible to foresee: we may experience dejection, rebellion, denial, or bitterness, but other possible outcomes of illness are simplification, rediscovery of what is essential in life, refinement, and purification.

In our illness we are called to accept responsibility for 'assigning a meaning' to our suffering. Illness does not bring with it a meaning that has already been given; on the contrary, in many respects it destroys the meaning and purpose a person had attributed to his or her life. This is also true for the Christian, who "knows no path that bypasses pain, but a path - together with God - that passes through it. Darkness is not the absence of God but his concealment, in which we, by following him, search for him and find him once again" (Erika Schuchardt). Perhaps the most serious human and spiritual issue that is emerging today regarding illness is its reduction to a technical problem. This issue arises when illness is considered from a purely clinical point of view, and when the question of meaning is removed from the picture. The biblical teaching that sought to establish a connection between illness and sin (we find this idea throughout the ancient Near East - it should be ascribed to shared cultural practices, rather than to revelation) addressed the question of meaning by placing illness in a contest in which it could be 'read,' understood, accepted, personalized, and incorporated into a network of social relationships. What we are seeing today, as one of the consequences of the anesthetization of pain, is a sort of repression of illness: the individual has become a formidable "consumer of anesthesia" (Ivan Illich). This 'technical' vision of illness makes it easy for us to forget that it is the entire person who suffers an illness: he or she cannot be reduced to a suffering limb or organ in an approach that limits itself to localizing the illness, thus de-contextualizing and dehumanizing it by removing it from its biographical context.

The patient - and this should be remembered by those who care for the ill or accompany them spiritually - is first of all a person. We can understand, then, why any 'Christian spirituality of illness' is limiting from the outset. "We do not need a spiritual drug; we need wholesome, everyday food. We do not ask for a hospital chapel, we ask for the church. We need nothing other than an ecclesial spirituality. We do not ask anyone to open a new school of spirituality for us, in which all of life's problems are examined and adapted to the situation of those who are familiar with Koch's bacteria or Pott's disease, and in which everything is seen through the lens of illness and surrounded by hospital smells. We ask that people stop speaking to us and treating us as 'sick people' as if they did not want to know anything else about us; before being people who are ill, we are men and women and children of God." This statement was made a number of years ago by a Christian organization for the sick. When Christians face illness, they find themselves called to confront the unknowns each person encounters in illness, to go through the different stages that accompany the onset and evolution of their condition (we might recall the phases identified by the doctor E. Kübler-Ross: shock, denial, anger, bargaining, depression, acceptance, peace), to deal with reactions they may not have expected (desperation or aggression, resignation or revolt), and to reconcile their new situation with their faith.

They can certainly find help and comfort in prayer and faith, but they may also find that their faith, as well as the image of God they had previously known, undergo a radical crisis. As their body deteriorates, their image of the God who is the Creator of the human body may fall to pieces. Those who offer their companionship to a person who is ill have no recipes to give him or her, nor can they make the ill person's bedside the pulpit for a sermon or a theological treatise. No error would be more damaging than that of approaching the patient with the attitude of someone who knows exactly what he or she should do - this would immediately become a form of power that would have the effect not only of making the patient a victim, but also of laying blame on him or her. The only way the companion can offer assistance is by being present, sharing the weakness and powerlessness of the person who is ill, and accepting the terms of the relationship he or she establishes. It is the patient who is the companion's instructor, and not vice versa. Jesus identifies with those who are ill, and not with those who visit or care for them: "I was sick and you visited me" (Matthew 25:36). In the church as well, therefore, those who are ill should not be seen simply as people who need assistance; they should also be considered bearers of life's teachings. They should be listened to and learned from in their situations of weakness.