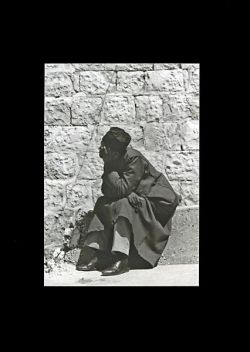 ...to reflect so as to acquire wisdom and discernment...

The Letter to Titus urges young people to think (Titus 2:6), to reflect so as to acquire wisdom and discernment. Certainly thinking, paying attention to our heart’s movements and thoughts that invade our mind, rereading the whole day at night, is not easy.

There is a sort of instinctive repulsion towards self-supervision, towards looking at ourselves in the face and at what lives in our heart, which is comparable to the body’s opposition to hardwork and suffering in a vehement way. But if we do not think and reflect, we will end up being at the mercy of superficiality and conformity, which opens us to a future marked by frustration, unsatisfaction and dullness.

Christian life has to be also a truly human life: Christ is the one who is “teaching us that, denying ungodliness and worldly lusts, we should live soberly” (Titus 2:12).
For this reason it is important for young people to get used to this itinerary of reversio in se. The expression reversio in se is used in Luke 15:17 and it indicates the behaviour of the younger son who looks at his situation in the face and decides to return to his father, after having left home and having became poor. This itinerary requires people to look at themselves in a real way, accepting their limits and weaknesses, their fragilities and shortages.

The discovery of the negativity of our intellectual, moral, affective and sexual spheres leads to the crisis of that ideal “self” which we have built since adolescence or have inherited from our parents’ expectations and on which we reverse our desires of human and spiritual realization, of self-fulfilment. Being false and imaginary, this “self” is merely idolized, endowed with emptiness and seduction, typical powers of the idol. This “self” has to be destroyed so that the young man can understand his real being, so that he can join his real “self” and accept the fact that he is a particular person, with gifts and limits, a person loved and called by God.

My invitation to young people is: think! Take time to reflect on yourself and your relationship with other people, on what you do. Be able to enlighten this discernment with the Gospel’s light until you will be able to recognize God’s voice calling you through the events and the meetings of your life, until you will discover God’s presence in yourself (see 2 Corinthians 13:5). Think, learn how to think, but do not reduce Christian life to a narcissistic moment of psychological introspection or to an improvement of some aspects of your character.

Distrust in those “spiritual guides” which reduce Christianity to a psychological vision whose aim is the human “self” and not the resurrected Christ, the reconciliation of man and not the living Lord. In this way Christianity is reduced to a pagan myth of redemption, losing its liveliness, its charm and the possibility of a personal meeting with Jesus, the Lord (John 21:7). In this way Christianity is reduced from a faith opening itself to the Other and the others, to a complicated meditation technique centred on the “self” and finalized at it.

Distrust those handbooks, introducing yourself to inner life or to learning how to pray and listen to silence, which establish tests and schedules, prepare itineraries following advertising logic promising the expected results in so many days. Obviously, this will happen only if you follow the instructions for use! Trust the Holy Spirit instilled in you, Who doesn’t discriminate according to your age; on the contrary, He often lives in the youngest man.

Listen to the words of a learned and discreet spiritual father: the strength and the enthusiasm of your youth will become enrichened from the experience of he who has already faced the “passions of youth” (2 Timothy 2:22) and has already learned the art of the struggle (Psalms 18:35; 144:1). Your strength will be enrichened with wisdom if you listen to the elderly, whose strength is wisdom (Proverbs 20:29).