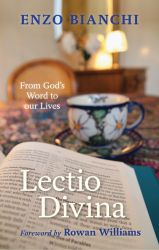 The Bible is an ancient, enigmatic text from a culture vastly different from our own, and most of us find it hard to read. How then can we understand its importance to the Church, and how can it enrich our lives?

Central to Lectio Divina is the conviction that to read the Bible faithfully and prayerfully is to learn an art. It is also to be in community, and to enter into dialogue with the God who speaks to each of us through the biblical page. In this inspiring volume, Enzo Bianchi touches on some of the key insights in the history of Christian biblical interpretation – from the brilliant thinker Origen in the third century to the development and refinement of historical criticism and related approaches in the modern era. He explains how to do lectio divina and understand its four ‘moments’ – lectio, meditatio, oratio, contemplatio.

This is not simply a book about how to approach the Bible because Scripture ultimately leads us beyond itself – to the truth and mystery of Christ that can never be captured fully in the written word.

Why pray How to pray 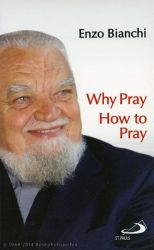 '... the most widespread difficulty today turns not so much on how to pray but on why we should pray and that, as a consequence, we are witnessing a kind of demise of personal prayer.'
Enzo Bianchi

For close to two millennia Christians assumed the importance of prayer even if they themselves at times neglected to pray or prayed poorly. But in the past sixty years many have come to question why we should pray at all, seeing prayer as an escape from the responsibility of social action or as seeking 'magical' solutions to life's problems. Others have argued that it is a waste of time praying to God who seems not to have responded to pleas to stop events like the holocaust or natural disasters from happening.

Echoes of the Word 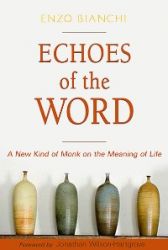 A New Kind of Monk on the Meaning of Life

"Abba, give me a word!" So young monks and visitors to desert monasteries would address an elder at the beginning of the 4th century. These seekers believed that a word originating outside oneself would descend into the heart and give direction to one's inner life. Enzo Bianchi has tried to let himself be guided by this tradition in Words of Spirituality and Hope. These "words" are not listed alphabetically or by theme. They are arranged to take you on a journey. Through the use of allusions and cross-references, one term evokes another, explains it in part, and sets aside some elements of its definition to be taken up further on. At the heart of the book is the conviction that life has meaning: it is not our task to invent or determine that meaning but simply to discover it - present and active - in and around us. 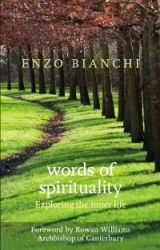 ‘Abba, give me a word!’ So young monks and visitors to desert monasteries in the fourth century would often address an elder, hoping that a word originating outside of themselves would descend into their hearts and set their inner lives on a sure course.

Enzo Bianchi has taken biblical and patristic tradition as his guides in Words of Spirituality, his answer to those who ask him for ‘a reason for his hope.’

These ‘words’ of Br. Enzo are not listed alphabetically or by theme, but are arranged to take us on a journey. Through allusions and cross-references, one term evokes another, explains it in part, and sets aside part of its definition to be taken up further on. At the book’s heart is the conviction that our life has a meaning which it is not our task to invent, but simply to discover present and active in and around us.


‘...A really remarkable and lively dialogue between the depths of monastic tradition and the complex human reality of the new millennium. Succint, accessible and searching, it deserves to become a classic.’

Enzo Bianchi, Words of Spirituality: Towards a Lexicon of the Inner Life, translated by Christine Landau, Society for Promoting Christian Knowledge, London 2002. 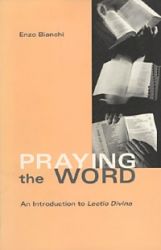 Scripture brings us God’s Word when we read and welcome it in faith as the Word that comes from and leads to God. Scripture is the means by which we live in God. The ancient monastic and patristic way of reading Scripture is a journey of reflection, meditation and prayer. It is listening to the Word and allowing it to take hold of and permeate our lives. It is, in St. Jerome’s words, ‘opening our sails to the Holy Spirit without knowing on which shores we will land.’